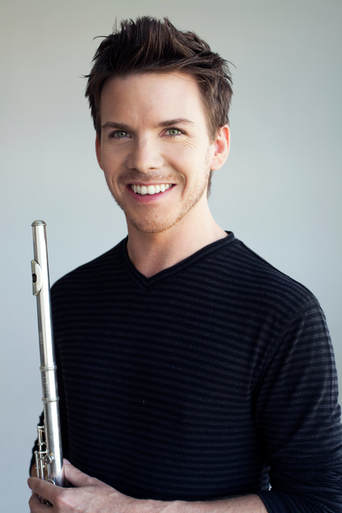 Recognized by the Winnipeg Free Press for “shaking up the classical music world”, Garrett Hudson is known for his charismatic stage presence and highly personal voice on the flute.  The young Canadian’s roots lie in Winnipeg, Manitoba where he emerged at the age of 16 in a solo debut with the Winnipeg Symphony. Before embarking upon a dynamic career as an international soloist, instructor, orchestral and chamber musician, Garrett held positions in North America's leading professional training orchestras including the National Academy Orchestra of Canada and l’Orchestre de la Francophonie in Montreal, Quebec and participated in other world-class training programs such as the Young Artists Program through Ottawa's National Arts Center. Garrett completed a Bachelor of Music degree from the University of British Columbia, studying under Scottish flutist Lorna McGhee and earned his Masters of Music degree from Rice University’s Shepherd School of Music under the tutelage of renowned flute pedagogue Leone Buyse.  Since 2009 Garrett has served as flutist with WindSync, an ensemble considered to be one of North America’s foremost emerging chamber forces and a recent Gold Medalist in the National Fischoff Chamber Music Competition and winner of the Concert Artists Guild international competition for artist management. 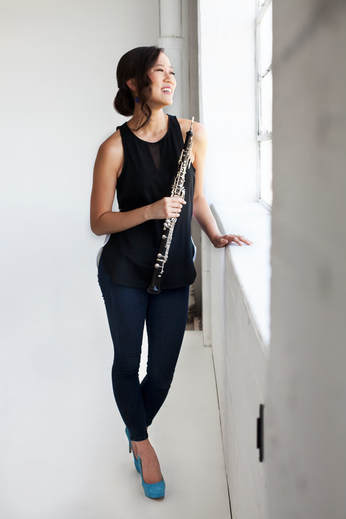 Quoted by DMV Classical as having “a consistently lovely tone and [taking] her melodic twists and turns with stylish assurance,” Emily Tsai began her musical studies at the age of four on the violin and started the oboe when she was ten. She won 2nd place in the Eastman Oboe and University of Maryland Concerto Competitions where she performed with the University of Maryland Symphony Orchestra with added dance choreography.  Based in the Washington, DC area, she is an active freelancer performing with the National Philharmonic, Amadeus Orchestra, Maryland Lyric Opera, Allentown Symphony Orchestra, Alexandria Symphony, and she is the principal oboist in the Garden State Philharmonic.  She is also the adjunct oboe professor at St. Mary's College, MD.  In past summers, Emily has attended the AIMs Festival in Austria, Mortizburg Music Festival in Germany, Alba Music Festival in Italy, Sarasota Music Festival, and many others, where she studied under such prominent oboists as Neil Black, Allan Vogel, Nancy King, Richard Killmer, Werner Herbers, Randall Ellis, John Ferillo, and Robert Sheena. Her main teachers include Mark Hill, Richard Killmer, and Malcolm Smith. She received her Bachelor of Music degree in Oboe Performance from the Eastman School of Music with a Performer’s Certificate and the Chamber Music Award, and her Bachelor of Science degree in Ecology and Evolutionary Biology from the University of Rochester graduating Magna Cum Laude.  She received her Master of Music from the University of Maryland where she was part of the Graduate Fellowship Quintet, SIREN. 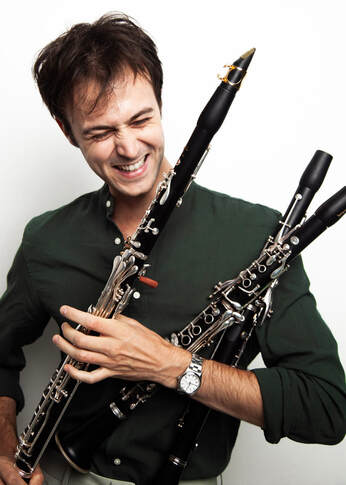 Praised for his “elegant and rounded sound” and “gentle lyricism” (Albany Times-Union), Graeme Steele Johnson is an artist of uncommon imagination and versatility. Winner of the Hellam Young Artists’ Competition and the Yamaha Young Performing Artists Competition, he has established a multifaceted career as a clarinetist, writer and arranger. His diverse artistic endeavors range from a TEDx talk comparing Mozart and Seinfeld, to his reconstruction of a forgotten 125-year-old work by Charles Martin Loeffler, to his performances of Mozart’s Clarinet Concerto on a rare elongated clarinet that he commissioned. He has appeared in recital at The Kennedy Center and Chicago’s Dame Myra Hess series, and as a chamber musician at Carnegie Hall, the Ravinia Festival, Chamber Music Northwest, Phoenix Chamber Music Festival and Yellow Barn. His concerto appearances include the Vienna International Orchestra, Springfield Symphony Orchestra, Caroga Lake and Vermont Mozart Festival Orchestras and the CME Chamber Orchestra.

Johnson has performed his original chamber arrangements around the country with such artists as Valerie Coleman, the Miró Quartet and Han Lash. He holds graduate degrees from the Yale School of Music, where he was twice awarded the Alumni Association Prize; other recent accolades include the Saint Botolph Club Foundation’s Emerging Artist Award and the inaugural Lee Memorial Scholarship from the Center for Musical Excellence. His major teachers include David Shifrin, Nathan Williams and Ricardo Morales, and he is now a doctoral candidate at the CUNY Graduate Center under the mentorship of Charles Neidich.
​​
Photo by Dylan Hancook. 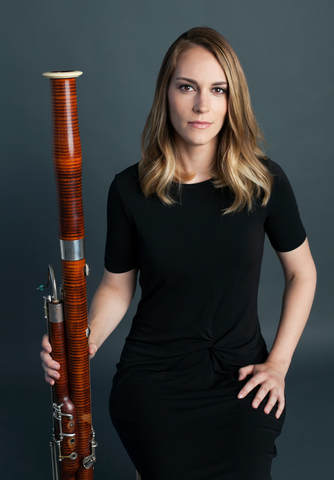 ​Originally from Dallas, Texas, Kara LaMoure is a chamber music addict, performing regularly as a founding member of the Breaking Winds Bassoon Quartet and having recently been on the roster of the Missouri Quintet, Odyssey Chamber Music Series (Columbia MO), and Chamber Project St. Louis. She also takes special interest in global youth orchestra movements and has served as a coach for youth orchestras in Switzerland, Honduras, Mexico, and Brazil. As an orchestral musician, Kara performed previously with the New Zealand Symphony Orchestra and the Civic Orchestra of Chicago, and she can be heard on the original soundtrack to The Hobbit: The Desolation of Smaug. Between performances, she can probably be found working on new creative projects or listening to podcasts. 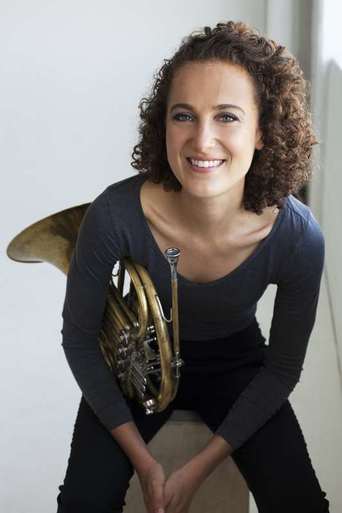 Born in California and raised in Las Vegas, Nevada, Anni is an active musician and innovator in the arts field.  Specializing in chamber music, she has launched an exciting career as a recitalist, instructor, and social entrepreneur. Anni graduated from the University of Southern California with a Bachelor of Music degree in French horn performance studying with leading studio and orchestral musicians, Rick Todd, James Thatcher and Kristy Morrell along with summers under Roger Kaza as a fellow at the Chautauqua Music Festival and Texas Music Festival.  In 2009, Anni won first prize in the Yen Liang Young Artist Competition and performed Richard Strauss’ First Horn Concerto in E-flat Major with the Diablo Symphony.  As a touring musician, she has performed with orchestras and chamber ensembles across North America, Europe and Asia and performs each summer as principal horn of the McCall Music Festival in McCall, ID. Anni is based in San Francisco, CA and enjoys trail running and backpacking whenever possible. During the summer of 2020 she backpacked over 250 miles including a 75 mile section of the PCT in Washington. Most recently she ran the 2021 Los Angeles Marathon and the 2022 San Francisco Marathon. Anni is a graduate of Stanford University’s Executive Program in Social Entrepreneurship and currently serves as Executive Director and musician chair of WindSync. ​